Chairman and Director of Lotus Trust

He is a Consultant Urologist and Hon Senior Lecturer Imperial college school of Medicine and NHS trust London. He has been a consultant since 1997.

He is Ex Trustee of Bhaktivedanta Manor( served in this role from 2012-2021) and member of council of Patrons and Patrons working committee. Bhaktivedanta manor was established in 1972 and was donated by George Harrison of Beatles’ fame. He serves as the Chair of MAC at the BMI Syon clinic.

Previously been chair of the fund raising committee for raising 13 million pounds for the community building project, Haveli.

Sanjiv graduated in India receiving his MBBS & MS ( gen surg) degrees and then in UK receiving FRCS( surgery and Urology ) in 1994. He received fellowship training in Henry Ford hospital Detroit and Hospital for sick children Toronto prior to joining as consultant in Hammersmith hospital in 1997. 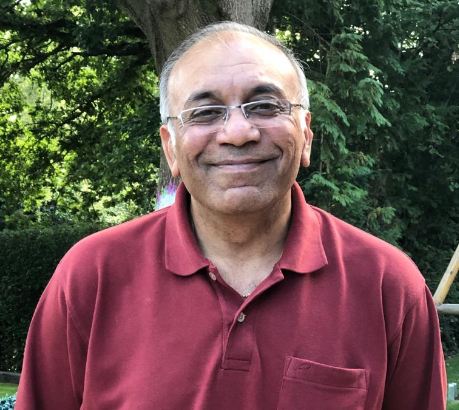 Change Their World. Change Yours. This changes everything.

Become Volunteer Or Donate For Cause